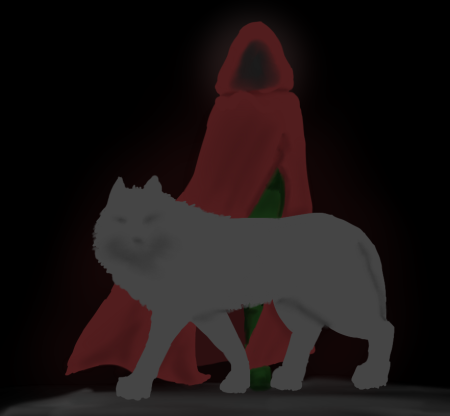 Her name was Carlotta Alice Hood, but the wolf king did not know this.  And his name was known only to him.  It had been a nervous jest for them not to give each other their names when they first met.  The wolf had claimed that giving his name would give her power over him.  She was the granddaughter of an alchemist.  And was to be an alchemist herself.  She, for her part, refused to give her name because she had been afraid of him.  He could have and probably had learned it long ago, for even as he watched over her, his kin and kind watched over her family.  Out of that jest grew a superstition.  The girl and the wolf would not give each other their true names until they fulfilled their common quest. END_OF_DOCUMENT_TOKEN_TO_BE_REPLACED